We will keep you updated on the latest developments with our summer hockey instructional school, as well as any updates related to date shifts or changes due to Covid-19
Menu

It’s been a Muskoka tradition for more than 30 years.

After a two-year hiatus caused by COVID-19, young hockey players were eager to get back on the ice at the Graeme Murray Arena in Gravenhurst for the Muskoka Summer Hockey School.

The school is run by local resident Derek Schofield and former NHL goalie Mike Fountain, who took it over from Kris King seven years ago.

Fountain, who got his start playing minor hockey in Gravenhurst, played for the Vancouver Canucks, Carolina Hurricanes and Ottawa Senators. He also played in the American Hockey League and the Russian Superleague. 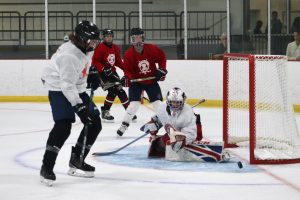 Every year, the Muskoka Summer Hockey School brings in male and female players, including local residents, seasonal Muskokans and even participants from the U.S. and beyond.

There are three age divisions, consisting of under eight, ages nine to 11 and 12-plus. The four-hour day camp gives players, beginner and advanced, the chance to build upon their skills.

“Muskoka is one of the most beautiful places in the world,” said Fountain, who now lives in Michigan.

“They’re doing all the proper things skills-wise, hockey-wise, at the same time not losing sight that this is the summer and we should also be developing a love of the game,” he said of the camp. It is rewarding to see the beginner players make dramatic improvements over the course of the camp, with the advanced players picking up a few new tricks while also taking on a mentoring role, he explained.

And once participants age out of the camp, they often come back as counsellors or instructors.

“That’s the difference between our hockey camp versus many, is that it’s a family-type atmosphere where I would say 90 per cent of our counsellors and instructors attended this camp,” said Fountain.

Kate Atkinson, an instructor at the Muskoka Summer Hockey School in Gravenhurst, fondly remembers her time as a participant of the camp. Aug. 3, 2022.

Kate Atkinson is an example of this. The Toronto resident first attended the camp when she was about seven or eight and is now giving back as a counsellor.

“I like coming back here every year. I always find that it’s really fun, and I like the atmosphere. All the coaches are really into it,” said Atkinson, who plays centre in the Toronto Leaside Girls Hockey Association.

“It’s fun to help the campers and be like what the counsellors were for you,” she said.

For participant Michael Knight, 15, of Michigan, spending time with campers and coaches on and off the ice is always a highlight.

Knight plays centre for the Birmingham Rangers at home and has also joined his high school’s team. He said the hockey camp’s focus on skating skills has been a huge help.

“I want to go as far as I can with it,” he said of his hockey aspirations.

When sports and recreation were disrupted by COVID-19, it took a big toll on young people. Fountain said he is relieved to see kids back doing what they love.

As a father of twin 12-year-old boys, he said he encourages them to do as many recreational activities as they can.

“It is vital for their development,” he said. “I can’t even imagine to be a young kid and then suddenly that was taken away from you.”

It is also important for young players to be exposed to all aspects of the sport. Fountain, who is a goaltending coach for Canada’s National Para Hockey Team, arranged four players to visit the hockey school. 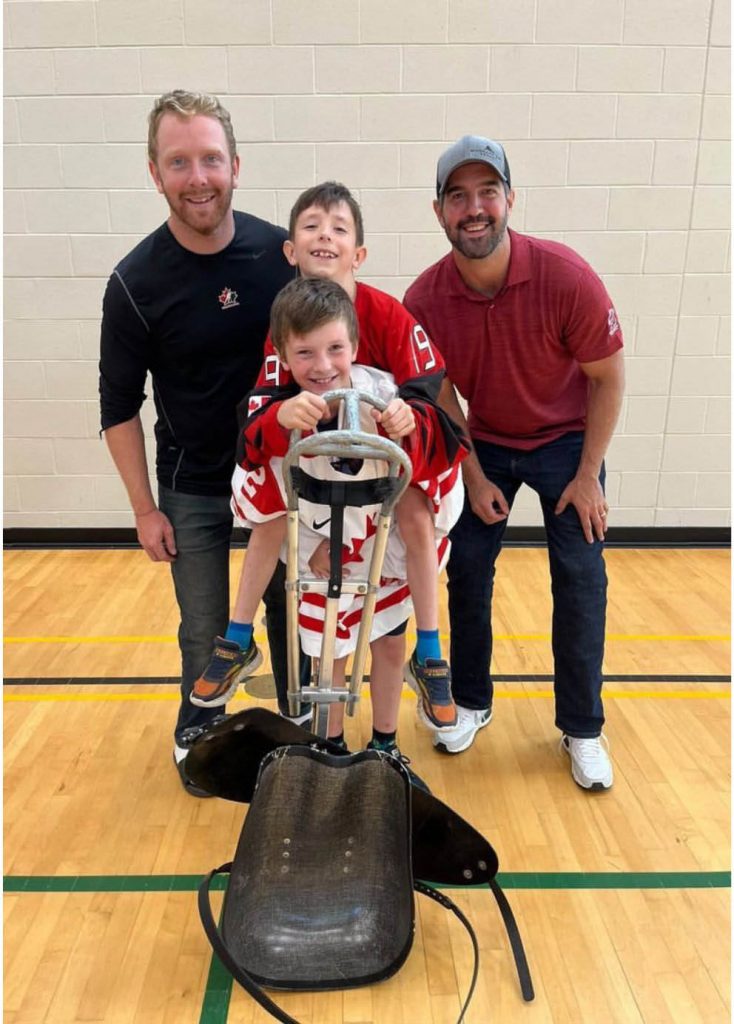 He said the kids had a million questions and were awestruck by the professionals’ skills.

“You saw these kids’ eyes light up,” he said. “I hope it inspired some young kids to watch para hockey and find out what it’s all about.”

The summer hockey school is typically held over the last week of July and first week of August. Tickets for the 2022 camp sold out in minutes. 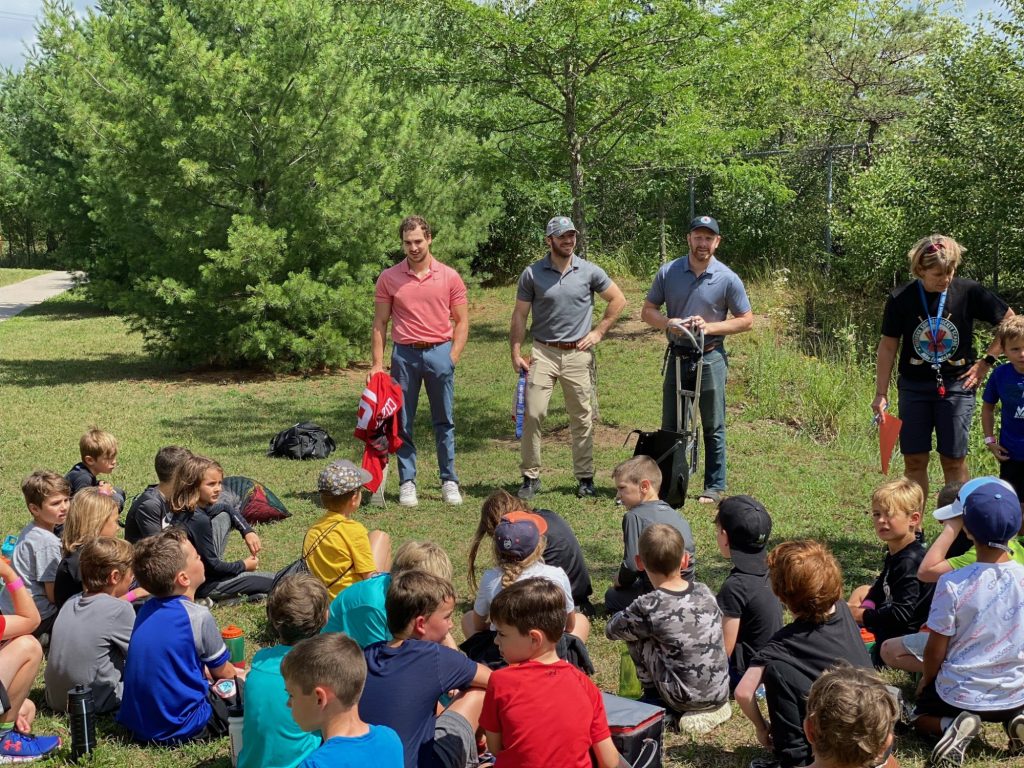 “Muskoka Summer Hockey School is happy to announce we will be operating this summer!